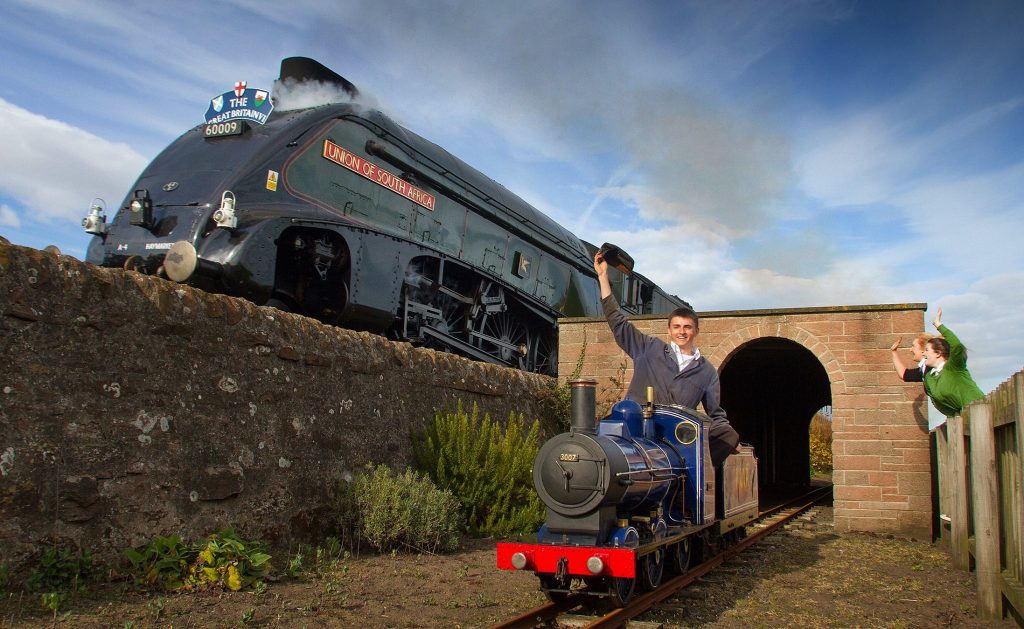 We are proud to be Scotland’s oldest miniature railway, running our first train in West Links Park, Arbroath in 1935.

Since then, over two million people have enjoyed a ride along our quarter mile track on the seafront. Indeed many of the parents and grandparents bringing their children along for their first ride on the wee railway, reminisce of the day their parents had brought them along as toddlers.

Not that the railway is only for children! With six miniature locomotives including two steam, miniature buses and a fire engine, there is always lots to see and many an adult is just as keen as the wains to have a ‘hurl’ along the line.

The railway is run by Jill Kerr, wife of the late Matthew Kerr Junior, and son John, aided by a band of enthusiastic volunteers.

So why not come along and relive those memories or create some new ones?

Entertainment that has been around for 85 years has got to be worth a visit.